Growing businesses face an increased need for legal services to protect assets and avoid disputes. If you are going at it alone or spending more and more on outside legal fees, Waller Legal will partner with you to manage your legal matters so you can confidently stay focused on growing your business. You’ll have an experienced advisor who understands your business, appreciates your goals, and provides smart solutions in a cost-effective manner—all without adding an in-house lawyer to your payroll or paying big law firm rates.

You and your company need a go-to attorney you can trust. Nicole Waller has the broad experience needed to support businesses in various industries along with the depth of knowledge and years of practical problem solving to handle your company’s legal needs. She has represented businesses in litigation, advised managers and corporate executives, and served as a Human Resources executive for one of the largest radio companies in the United States. Her experiences from the courtroom to the boardroom support Nicole’s practical approach to resolving legal issues, which considers the legal and business ramifications of any decision.

Business owners and executives focused on growing their business want accessible and effective legal support to protect their interests and mitigate risk. Owners and managers also want practical and experienced legal/HR support to maintain an employer-employee dynamic that is positive, professional and productive. The approach at Waller Legal is simple: we learn our clients’ businesses to help them protect their interests, promote their culture, and resolve issues before they become problems.

Nicole Waller established Waller Legal LLC to provide businesses the high-quality legal services they need without the expense of an in-house lawyer or high-dollar law firm. Nicole is a strategic‐thinking attorney with nearly twenty years of experience successfully advising business owners and executives on effective and pragmatic solutions to legal and human-resources matters. 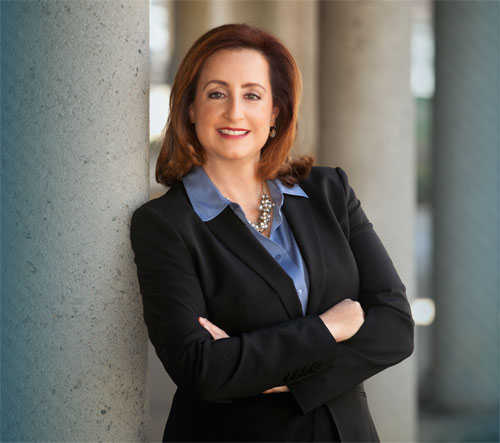 Nicole was previously employed at a large publicly traded media company, serving in various positions in the Legal and Human Resources departments during her ten-year tenure. As a corporate attorney, she was responsible for contracts, employment and real estate matters, FCC rules and regulations, insurance and risk management, and intellectual property and social media matters. She also drafted and negotiated a wide variety of complex commercial, real estate and personal services contracts, including agreements for well-known radio personalities around the country. In her role as Senior Vice President of Human Resources Operations, Nicole was a key leader of the company’s HR team and served on the company’s 401(k) and benefits committees.

Nicole is an active member of the State Bar of Georgia. She started her legal career as a business litigator with an international Am Law 100 firm. For several years, she represented businesses and individuals in litigation and arbitrations in state and federal courts around the country. She also advised firm clients on business and regulatory issues, assisted with corporate transactions, and negotiated and drafted commercial contracts.

Born in St. Paul, MN, Nicole has lived in Atlanta since grade school. She received her B.S. in Economics from the Georgia Institute of Technology with highest honors, including being named the Valedictorian for the School of Economics upon graduation. Nicole earned her Juris Doctor with honors from the University of Georgia School of Law where she was an editor for the Georgia Journal of International & Comparative Law and participated on the Mock Trial Team. Additionally, during her time in law school, Nicole interned at the United States Attorneys’ Office in Washington, D.C. under Janet Reno and served as a student prosecutor for the Gwinnett County Solicitor’s Office.

Today, Nicole lives in Sandy Springs, Georgia with her husband Corey and their three children. She’s committed (usually) to her 5:30am workout sessions with her husband (a former gym owner and trainer) as well as challenging herself in the kitchen with delicious new recipes. Nicole also enjoys time with family, volunteering at her children’s school, and cheering on the Atlanta Falcons.

Waller Legal specializes in legal matters affecting the day-to-day operations of your business, such as contracts, employment matters, real estate issues, and other routine legal matters. Our clients see real value in our outsourced general counsel model, which allows you to benefit from the broad legal knowledge and business acumen of an experienced attorney without adding an attorney to your payroll or paying big law firm rates. Whether you need a contract reviewed or all of your day-to-day legal matters managed, Waller Legal offers you trusted and reliable legal support. Our depth of knowledge and years of experience mean that you get the highest quality legal services for the value you want.

Because no two clients or legal matters are alike, Waller Legal offers flexible fee structures to fit your needs and budget. We understand that some clients want to spare no expense while others may be more budget conscious. For clients wanting more certainty with their legal fees, Waller Legal provides fee arrangements other than hourly billing, including negotiated or fixed fees, volume discounts off standard hourly rates, and monthly retainer fees.

We offer competitive rates by eliminating unnecessary overhead. Please contact us to discuss your company’s legal needs and a fee structure that fits your specific requirements and priorities.

If you need counsel for specialized, subject-specific legal work, Waller Legal has an extensive network of attorneys and subject-matter experts whom we can call upon and manage as needed, further saving you time and money.

Please contact us to discuss your company’s legal needs.

NOTICE: No Attorney-Client Relationship Created by Use of this Website. Neither your receipt of information from this website, nor your use of this website to contact us creates an attorney-client relationship between you and us. You will become a client only if and when you sign our engagement letter setting forth the scope of our engagement, the fee arrangement, and other relevant matters. As a matter of policy, we do not accept new clients without first investigating for possible conflicts of interest and obtaining a signed engagement letter.